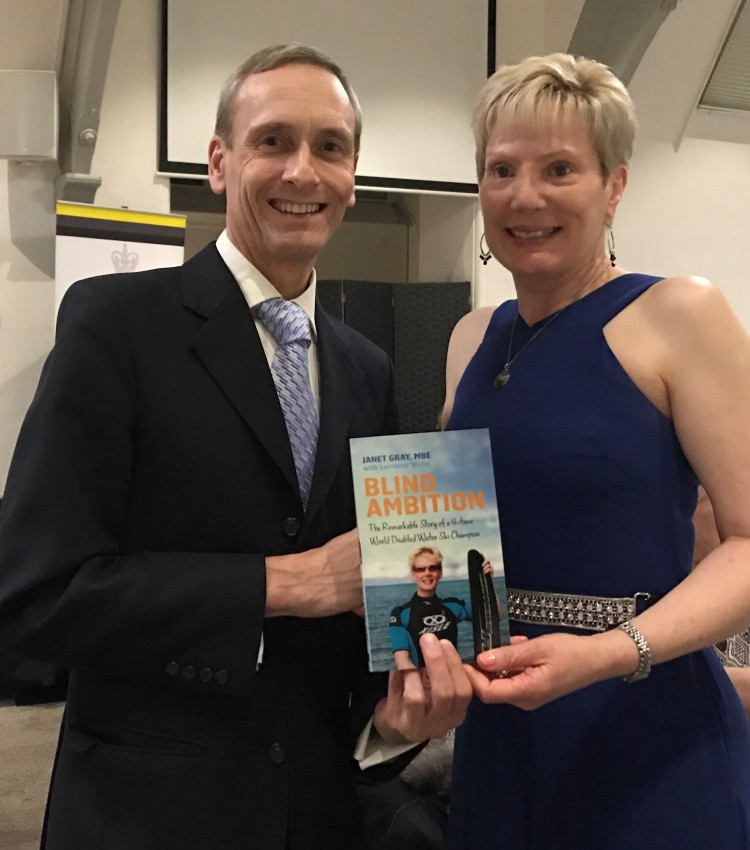 I enjoyed a tremendously inspirational speech from the four time World disabled water skiing champion yesterday evening. Despite being blind from the age of 21 Janet overcame her disability to become the best in the World. After suffering horrific and life threatening injuries during training Janet spent three years in treatment and rehabilitation to resume competition and once more become a Champion.

Janet was the guest speaker at an event organised by Bury Society for Blind and Partially Sighted People to thank their volunteers and mark their 95th anniversary. After her retirement from competitive sport Janet has been elected to her local City Council in her native Northern Ireland.